DNA Exclusive: Human rights, India, and the US report on freedom of expression

Zee News Editor-in-Chief Sudhir Chaudhary on Wednesday (March 31) started off DNA with these striking questions. He questioned America, which often supports anti-India forces, what authority it has to pass judgment on our country.

America wants there should be no action against the anti-India forces living in the country. From being the world's biggest weapons manufacturer, America now wants to use human rights as a weapon too.

The United States feels that freedom of expression in India has been diminished, restrictions on freedom of the press has been imposed and that fundamental rights of citizens have been curtailed. These are some of the things mentioned in the Freedom House report.

Like a headmaster, America is teaching the whole world what steps they should take regarding human rights. Ironically, America has not mentioned itself anywhere in the report.

In America, there has been a historic decline in people's faith towards democracy and racial discrimination is steadily increasing and there is a sense of insecurity among black citizens. A former soldier, Lee Wong, has to prove his patriotism by showing his injuries.

But in spite of all this, America does not mention itself anywhere in this report regarding human rights but says a lot about India.

The report covers various issues such as illegal arrests, restrictions on expression and freedom of the press, corruption, religious freedom, internet prohibition and increasing violence against minorities.

The US has reviewed human rights in India on all these subjects. Is it not interference in India's internal affairs?

The report even suggests that the Supreme Court, which held Prashant Bhushan guilty of contempt of court, also acted against the freedom of expression. That is, the US officials who prepared this report consider themselves above the Supreme Court of our country.

We believe that this is a big attack on the judicial system of our country and through this report, an attempt has been made to discredit this entire system.

In the months of 2019 and early 2020, there were mass demonstrations against the Citizenship Amendment Act. During this, a girl named Amulya Leona shouted slogans of Pakistan Zindabad at a rally in Bangalore. The police had then filed a case of treason against her and she was also granted bail during the hearing of the case in court.

But according to this US report, the action taken by the police in this case and the imposition of sedition was against the freedom of expression. Is shouting slogans of Pakistan Zindabad not treason?

When its own citizens entered the White House protesting against the results of the presidential election on January 6, why did America not respect the expression of these people?

Twitter had then suspended the accounts of several leaders including President Donald Trump. Why then America did not mention these in its report?

The fact is that America never writes anything about the state of human rights in their own country. It simply preaches India and other countries because it suits its foreign policy.

The second part of the report has raised concerns about the rights and safety of the refugees. It has been written that Rohingya refugees have been kept in detention centres in many states of India.  The US has criticized the Indian government's decision to send Rohingya refugees back to Myanmar.

The thing is that America, which lectures India on the issue of refugees, forgets how it treats the refugees coming from Mexico and other countries. When Donald Trump was the President of the United States, strong action was taken to stop the refugees from coming to the US from Mexico.

The US had brutally separated children from their parents in detention centres. Then the pictures of these innocent crying people had become a matter of debate and concern all over the world.

America says that it is proud that it has been leading the whole world in protecting human rights and democratic values ​​for the last 244 years. But we feel that this is nothing but a 'designer image' of America, which it has created with the help of such reports and Think Tanks.

The bitter truth is that the real America is that about which former soldier Lee Wong is telling the whole world. Violence against black people and people of Asian descent including Indians, mass killing and gun culture - these are the realities of America, which it has always tried to hide. 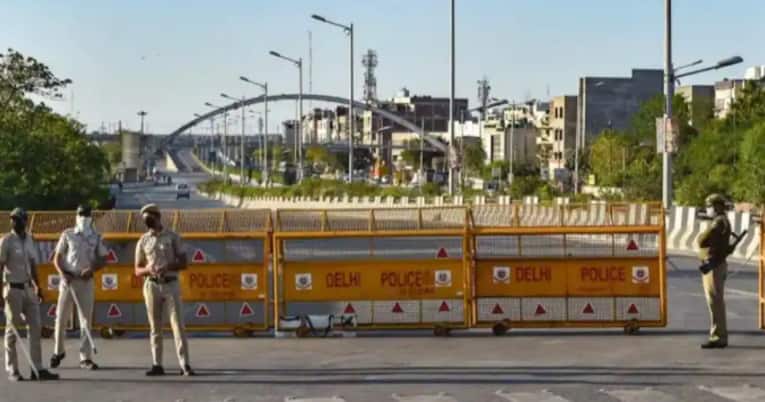