NASA shared a few astounding images of the universe, depicting life outside of earth and netizens are left stunned

NASA shared a few astounding images of the universe, depicting life outside of earth and netizens are left stunned. Taking to their Instagram handle called, ‘nasachandraxray’, the agency shared various images that showed life outside of the black hole, beauty of the orion nebula, a rapidly rotating neutron star, a pulsar, left behind a supernova explosion. Baffled and impressed by the beauty of space, netizens say ‘Astronomy is real love’.

The first image beautifully depicts the matter swirling outside the blackhole. The image looks like a painting. The caption says, “As matter swirls around the outside of a #BlackHole, it can be redirected in the form of jets of particles & electromagnetic energy. #Powerful jets are emanating from the supermassive black hole at the center of galaxy Cygnus A, blasting roughly 250,000 light years in each direction.”

The second post captures the beautiful Orion Nebula. As per the caption, it can be seen just below three stars of Orion’s belt even without a telescope. The caption says, “The view in X-ray and radio light is much different, revealing a spectacular vista that the unaided human eye could never capture.” Impressed by the image, netizens call it ‘purple rain’.

The last post captures a rotating neutron star and a pulsar which has been left behind after a core-collapse supernova explosion. According to the caption, pulsar is generating a wind of high-energy particles that’s expanding into its surroundings, illuminating material ejected in the explosion. The caption says, “X-rays from Chandra are in blue, and data from Spitzer is in green (shorter wavelength infrared) and red-yellow (longer wavelength infrared)”.

“Omg how beautiful”, commented an Instagram user. Since uploaded, the posts have been bombarded with comments. Netizens can be seen tagging their friends and leaving heart emojis in the comment section. Making a sarcastic remark, one user wrote, “How are you so freaking cool! It’s awesome! Tell me your secret”.

Read: ‘Be On Beach Or Gawk At It From Space?’: NASA Asks Sharing Pic Of Andros Island From ISS 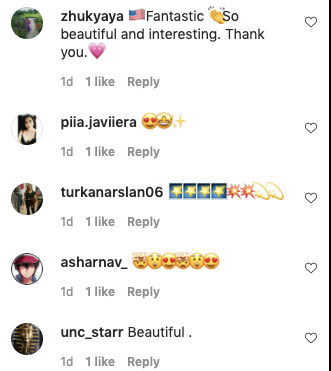 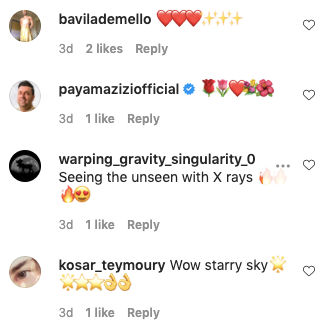 Note:- News is auto-aggregated by a computer program and has not been created or edited by Newsfunda

Even pornography is being shown on OTT platforms, some balance needed: Supreme Court NewsFunda